North Rona and Sula Sgeir lie some 40-50 miles out to sea in the north Atlantic Ocean. Both islands play host to major seabird colonies including gannets, puffins, guillemots and razorbills. We visited these islands on board the MV Halton in summer of 2013.

The name ‘Rona’ may come from Old Norse meaning ‘rough island’. The island is 270 acres in size with a height of 108 metres and its ruggedness continues far beneath the waves. The steeply sloping reefs support an abundance of life including soft corals, sea stars, urchins and kelp forests. 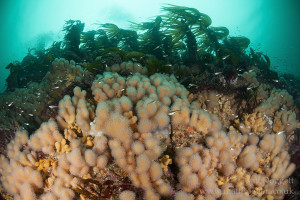 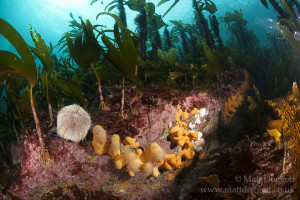 The cold, clear, oceanic waters mean algae like kelp can grow to depths much deeper than on the mainland coasts, often reaching down well below 25 metres. The rich kelp and invertebrate communities provide shelter for juvenile fish and invertebrates… 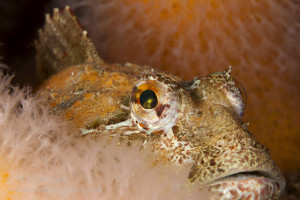 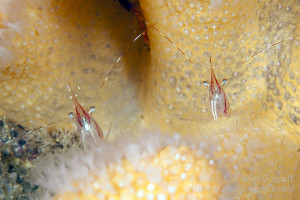 …but they have to watch out for ambush predators such as sea scorpions lying in wait for unsuspecting passers by. 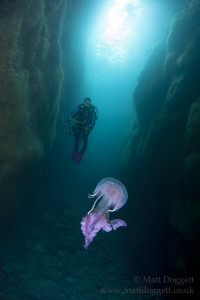 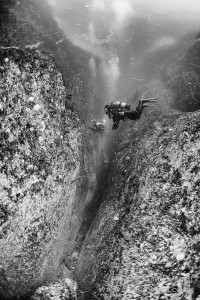 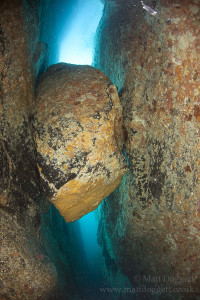 Several deep and narrow surge gullies cut through the rock. The raw power of the sea is evident here with only thin crusts of life hanging onto the walls in the forms of sponges, sea squirts and jewel anemones. 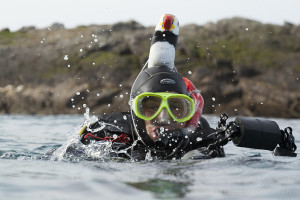 North Rona provided us with the opportunity to try and photograph seabirds underwater, particularly the puffins. Using some handmade puffins that my good friend Richard Shucksmith had patiently crafted, we set about disguising ourselves to blend in, stealth-like with the rafting puffins… 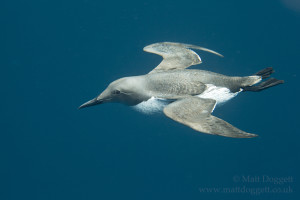 We were quickly inspected by a few inquisitive guillemots, buzzing past us at lightning speeds. But the puffins remained somewhat shy and elusive. 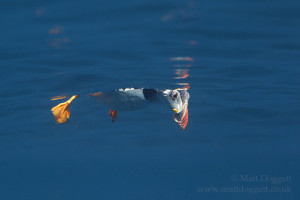 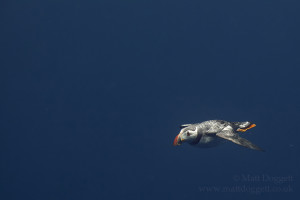 But over the course of the next couple of hours the puffins began to accept our presence and a number of individuals approached us or allowed us to slowly approach them. Watching them swim or ‘fly’ underwater was both an insight to their perfect adaptation for the life aquatic and the realisation as to just how ungainly we as divers were. We came away chilly but very happy with having achieved our aims.

Our next stop was Sula Sgeir, meaning gannet rock. Approaching it, it soon becomes obvious how it gets its name, stained white with the guano from over 8,000 gannets and even more other seabirds. 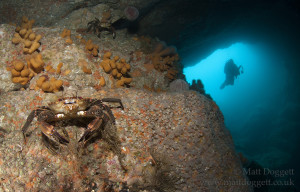 The underwater topography can keep any diver engaged for days, if not weeks. A central cave runs through the island and a huge archway stretches some 35m to the seabed. The walls inside the caves and archway are covered in life – jewel anemones, sponges and hydroids with barely an inch of bare rock. In such extreme and exposed environments, once an animal is established it will compete for space, so it’s not uncommon to find walls dominated by just a handful of species. 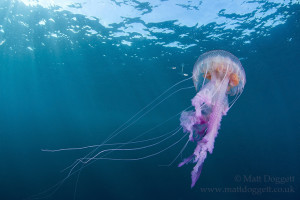 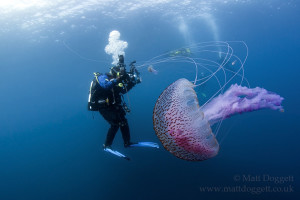 The waters around both islands supported a diverse array of oceanic species of jellyfish, the mauve stinger, Pelagia noctiluca being particularly abundant and photogenic – perfect for decompression stops.

The distance of these islands from the mainland and their exposure to Atlantic storms and swell makes their wildlife both spectacular but also hard to reach. If the weather gods are on your side and the opportunity exists, these sites will have any diver in awe of the beauty within our seas.